It’s not a massively early start so we have time to indulge in some more delicious breakfast before packing up and arranging a taxi  to the airport for our flight to Costa Rica.

Upon arrival in San Jose  airport Tom exchanges some of our leftover currency and we’re loving the bright yellow  blue, green and red notes, decorated with sharks and monkeys that we receive in return 🙂 On the downside there is no tourist information point, no rail lines or bus points and no instructions other than an expensive tourist taxis which cost $30 to get to our hostel – Green House Hostel. The hostel is empty apart from us? The owner and her sons are very friendly though and walk us to a local  restaurant where it’s karaoke night 🙂

Tom and I spend ages deciding what to eat while sipping on Imperial beers. The meal is really lovely but slightly costly, so before Tom runs out of cash we call it a night 🙂

It’s time to go to Montezuma, a hippy beach town that we’re both in need of, there is a 6.00am and a 2pm option for the bus, voting for a lie-in  we get up at 9.00am have another disappointed included breakfast which is later followed by a surprisingly cheap and delicious ‘plate of the day lunch’  around the corner at a local cafe.  The food is not so dissimilar to the Caribbean or ‘slave food’ as I call it; plantain, beans, rice, meat served with grapefruit juice just like my Uncle Anthony used to make 🙂 I’ve noted that it’s the same all across South America and food from the African slaves has influenced the menu in Peru, Brazil and I expect anywhere else they were shipped!

After this we pick up the bags, taxi it to the bus station, get our tickets and we’re off to Montezuma which includes a 3 hour bus journey to the ferry point, an hour on the ferry and then 2 hours on another bus before we’re dropped in Montezuma. It’s dark and we wonder about looking for a room reaching Hotel Pacific which is $30 US Dollars a night!

After a quick shower Tom and I decide to get something to eat but discover that the town shuts down early, at 10.30pm! The only thing that is open is a local supermarket and a bar playing reggae music, so Tom and I end up spending £18 Sterling on bug spray, body cream and some potato chips (not a cheap town). 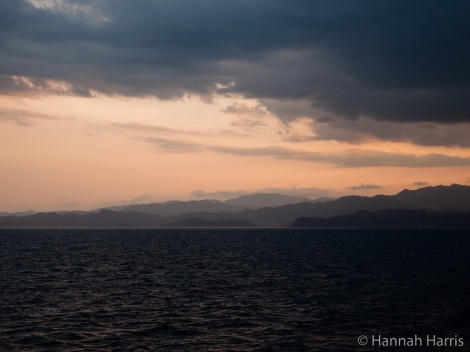 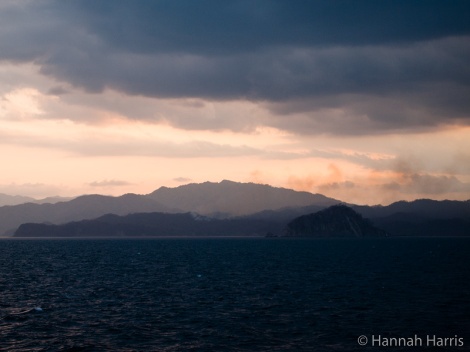 I get up at 7.00am and write a few Tripadvisor reviews before falling back to sleep.

Itching to see what Costa Rica is like (I’ve heard rumours about parakeets and friendly howler monkeys) Tom and I go for a late breakfast/lunch at Soda Montesol before moving on for coffee and cake at El Sano Banano Restaurant.

We then take a walk along the beach, there is quite a few things to do here like zip lining, butterfly observatory, yoga courses, languages courses, quad biking, snorkeling, diving, surfing etc but after some investigation we’re shocked at the pricing and more than a little disappointed as both of us had  been looking forward to some inexpensive chill-out time like in Pai.

In the evening we head out to Kalibo for a really lovely dinner where the chef is also the waiter so our meal takes a while before it arrives but it is worth the wait, so we finish it off with some organic banana cake and a couple of Imperial beers.

It’s a little early for bed, so we sneak a few overpriced cocktails at Chiquitos while some rather dated trance music is played in the background which keeps the pretentious hippies and overbearing American tourist gyrating until the early hours! 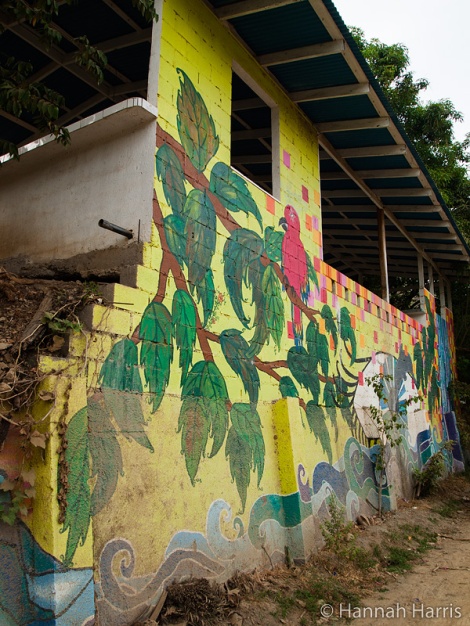 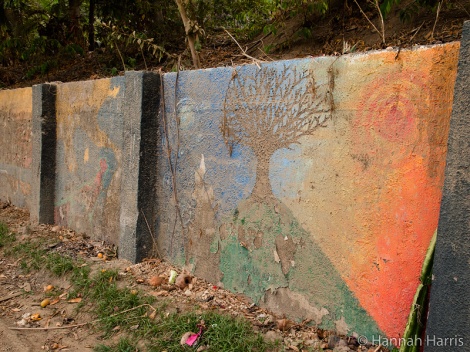 Wake-up at 9.00am, have breakfast at a restaurant next to the beach and are served humongous portion sizes that would give Man v’s Food a challenge!

To soak up the sun and burn off a few calories we take a walk around the local area before heading along the beach and discover locals living in tents which is stark comparison to the $300 a night ‘yoga hotel’ along the road! Not having on suitable swimming attire we head back to the room to change, it’s so hot that even a cold shower and the air con doesn’t cool me down and I end up feeling really sleepy and crashing out for 5 hours.  Tom arranges a flight for us from San Jose to Guatemala City before leaving me to go for a dip in the sea.

In the evening we head to Kalibo (I am craving Green Thai Curry and I spotted it on the menu last night) and  over dinner we discuss booking a private taxi which is $50 per person instead of taking the bus (the people in Central America and South America are really making a fortune through tourism).

Tom and I conclude that we would definitely come back again, the beaches are beautiful but we’d need a much bigger budget as something simple like renting a quad is $55 for 6 hours which is ludicrous in comparison to prices in Europe and Asia?  We think it has something to do with Americans throwing their money about which is surprising as their recession is worse than ours!

In regards to our trip, its 10 days and counting before we are back in the UK. I cannot wait and long for my own bed, our own towels, not being attacked by random creatures, smooth roads, clean streets, limited long distance travel, cereal with milk and glorious, glorious tea with milk….ummmmmmm. 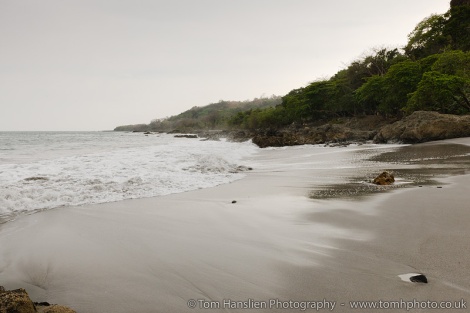 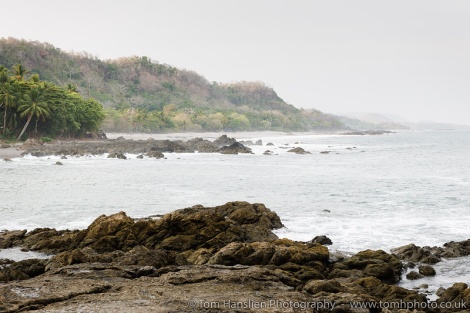